CHOOSE THE OPTION IN WHICH THE VOICE IS USED CORRECTLY.
Raashi will be paying the bills.

Isnât a the correct answer.please help explain this with reason

The answer will be option D

The correct answer is A. Isn't it?

the correct answer would be D because the passive voice would be The bills will be paid by Raashi."The" article is missing in option A.

why not option a

THE ANSWER IS CLEARLY D- NONE OF THE SENTENCES ARE RELEVANT

As there is no "The" in option A, option A is wrong. So the correct one is D.

CHOOSE THE PART OF THE SENTENCE THAT HAS AN ERROR.
Shalini said to Rehan if he would like to go to the zoo.

AShalini said to Rehan
Bif he would like
Cto go to the zoo.
DNo error

Can someone guide me why A is wrong 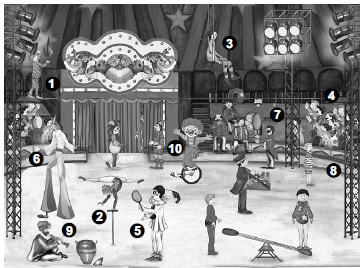 What should be the answer?

Maybe it is asking for the idiom but it is not written in the question.

THANK U SIR FOR THE EXPLANATION

LENGTH is the correct answer.

Even I gave the ans. as pigs, but they r giving it wrong

Friends,it is cattle because drove is the collective noun of animals that move together.Cattle moves together,no?So,a DROVE OF CATTLE

I am quite sure that this must be wrong due to logical fallacy. A group of cattle is referred to as a herd of cattle. Drove would not make sense in this context.

it must be pigs

SORRY, I GAVE IT AS ELEPHANTS, NOT HORSES

All I am very sure about is that the answer is not cattle as we say a herd of cattle not drove of cattle . That's for sure .

Correct Answer is C only, for the ones who are confused with the A option) its piglets not pigs

CHOOSE THE OPTION IN WHICH THE VOICE IS USED CORRECTLY.
The children will be watching a movie.

Why is B incorrect???if it is incorrect what is the correct sentence??

Explanation:future continuous tense does not have any passive.So, D is the correct answer.

The correct answer is D as the correct passive voice will be :A movie will be being watched by the children.I know it may sound incorrect but from what I searched the correct sentence is this.It may be incorrect as many sentences in the future continuous tense cannot be converted into passive voice

CHOOSE THE MOST SUITABLE OPTION TO COMPLETE EACH SENTENCE.
I remember the days when winter used to be _________.

should the answer be cold or colder

The answer should be 'colder' as the sentence " I remember the days when winter used to be cold" is like saying that winter isn't cold now, which does NOT make sense as winter is definitely cold now.Option 'A' would only make sense if you're an old person and global warming has gone out of hand