Fill in the blanks with appropriate prepositions :
Gandhi Jayanti is celebrated _______ 2nd October.

CHOOSE THE BEST WORD/PHRASE TO COMPLETE EACH SENTENCE. 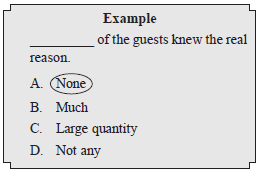 Complete the following letter with suitable conjunctions :
Dear Seema,
I wrote a letter to you last week ___?___ without any response from your side. ____, I am a bit worried. I thought you are ____ ill or busy with your studies, ____ I am writing this letter. ____ there is any other problem, share it with me. ____ I am going to tell you an interesting incident. Yesterday, ____ I was going to school, I saw a beggar who was pretending to be blind ____ in reality he was not. A man gave him a base coin, ____ he returned him the same coin, requesting him not to cheat him even ____ he was 'blind'.More on meeting.
Yours sincerely,
Anita

A yet
B also
C but
D till

i got this one messed up!

CHOOSE THE BEST OPTION TO FILL THE BLANKS.
The competition will be at 2 p.m. We should ________ our lunch by then.

The correct answer is C We should ___have finished_____ our lunch by then.

The correct answer is C

The correct answer is B

what is the answer

READ THE SIGNS AND CHOOSES THE CORRECT EXPLANATION FOR IT. 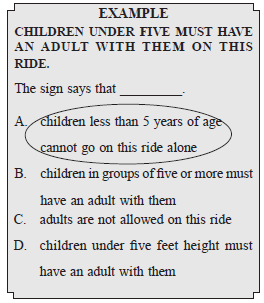 Please help me with this queston....

The correct answer is C - kindly pick your orders yourself

Read the passage and answer the questions that follow.
Long, long ago, the mighty Elephant had no trunk. His nose was short, and only as big as a boot! But the Elephant's child was very curious and always asked silly questions. One fine morning the curious baby Elephant asked, "What does the Crocodile have for dinner?" All together everybody yelled, "HUSH!" in a dreadful tone, and they shushed and shooed him away angrily. But the baby Elephant did not understand why. He was still curious!
Then the baby Elephant came upon the magnificent Kolokolo bird and he sighed, "My family has shushed and shooed me away, but I still want to know what the Crocodile eats for dinner!" The Kolokolo bird answered, sadly, "Go to the banks of the great green river if you want to find out." After a long and tiresome search, the baby Elephant found the Crocodile by the river bank. "I have been looking for you, Mr. Crocodile!" he said with excitement, "Will you please tell me what you have for dinner?" The Crocodile grinned wide, and he said, "Come closer, baby Elephant, I'll whisper it to you." The baby Elephant bent his head down to the Crocodile's large, toothy mouth.
"I think," growled the Crocodile, "Today I will begin with a baby Elephant!" And suddenly the Crocodile caught him by his little nose. The baby Elephant cried out through his pinched nose, "Led go! You're hurding be!" Stubbornly, he sat back and began to pull as hard as he could. As he pulled, and went back, his nose began to stretch! They both pulled and pulled until the baby Elephant's nose was almost five feet long. Finally the Crocodile let go of his nose with a plop. The poor baby Elephant was left with a very sore and very long nose! At first, all the animals made fun of his great, ugly nose. But then he found many uses for it. He could pick fruit from high treetops, brush away flies, and even breathe when he was underwater! And that is how the Elephant got his trunk.

Who answered the baby Elephant's query about the Crocodile?

Choose the correct passive form from the options given below :
Madame and Monsieur Curie ________ the Nobel Prize for Physics in 1903.

A are given
B gave
C were given
D was given

The correct answe is C

Choose the best word/phrase to complete each sentence.

Educated people have a/an _________ when applying for jobs as they are generally more likely to be hired.

B option is the correct answer