Read the following stories and poetry and answer the questions choosing the most appropriate option :
My mother saw a Dancing Bear
My mother saw a dancing bear By the schoolyard, a day in June The keeper stood with chain and bar And whistle-pipe and played a tune. The bruin lifted up its head. And lifted up its dusty feet, And all the children laughed to see It caper in the summer heat. They watched as for the Queen it died They watched it march. They watched it halt. They heard the keeper as he cried, “Now, roly-poly! Somersault” And then my mother said, there came The keeper with a begging-cup, The bear with burning coat of fur, Shaming the laughter to a stop. They paid a penny for the dance, But what they saw was not the show; Only, in bruin’s aching eyes, Far-distant forests, and the snow.
–Charles Causley
Which word in the poem rhymes with ‘show’?

How are show and snow related???

Tick the synonym of the words given below :
Ache

Option B is the correct answer

Choose the correct option to fill in the blank.
I _______ about how I train for the marathons by so many people.

Choose the best option to fill in the blanks. 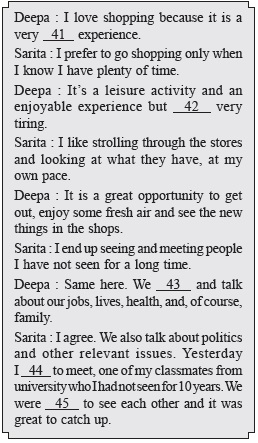 Choose the correct option to complete each sentence.

Every school has ___________ uniform especially designed for their students.

Before the word 'uniform' the first letter is vowel thats why 'an' is coming.

correct answer is B because u is an vowel

Replace the adverbs in the following sentences by their opposites :
He rarely helps the poor.

the answer is c

Choose the correct option to fill in the blank.
No offence meant to you _______ I don't think you've quite understood what I want.

Choose the correct option to fill in the blank. 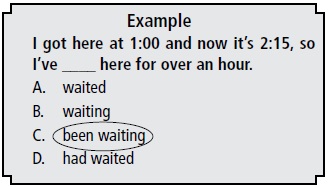 Before the electricity went out, she _______ me a hand with my homework.

The option ' Has Been' is equally right for this question.

'B' is the correct answer. Has been is not a possible answer at all.

A It certainly is.
B What else could it be?
C Think of what you said.
D I'll never talk to you.

Both option A and option B can be correct. Both answers are correct so there should be an option where we can tick both of them.

In my opinion, option (B) should be the correct answer.Based on Ishu's response, I believe that Ashu is 'mature' and not a child, i.e. she is not a person to draw conclusions without giving a friend (here, Ishu) an oppurtunity to express remorse, or to retaliate against the seemingly discourteous behavior (mentioned in the question). The fact that Ishu asks a question (in the third line) to reconfirm her suspicions that she has offended Ashu shows that Ashu's friend(s) expect her to be honest about her feelings and project them in a way they expect. This is certainly not to be expected from a child. Therefore, the childish response of option (D) is safely excluded.While Ashu is not a child, she is certainly not an adult, given the fact that she seemed actually offended by something her friend might have said. Adults recognize other people's mistakes and do not express their feelings as openly as Ashu does. Ashu is not aware of how to help people recognize the negative effects of one's actions, and is as self-centered as most teenagers are. Therefore, I expect Ashu to not respond with option (C), as she would not tell Ishu to 'think about her actions', as this would not directly give her the apology or satisfaction of revenge she desires. Also, she would not provide advice to her friend, because those who do so are called silly and generally not taken seriously. Given that Ashu is self-centered, option (C) can be excluded too.The other options give a rather sharp comeback for Ashu to Ishu's cluelessness of her rudeness. Given that Ashu is probably a teenager, I expect Ashu will go forth with the more insolent option. Option (A) is just a statement. It seems straightforward and not as audacious as a friend might be when he/she is offended. It certainly seems rude, but the hints of quiet sarcasm and insult in option (B) is missing in option (A). Therefore, option (A) is excluded.Thus, by deduction, I opine that option (B) is the most suitable answer. A rhetorical question is one of the literary devices used in persuasion. Here, I believe that Ashu is trying to convince Ishu that she has committed a wrongdoing, therefore the use of literary devices to persuade her that she did so is quite fitting. Additionally, the question seems to show that Ishu should stop asking confirmation for something obvious (rhetorical questions have obvious answers that are generally apparent to everyone), which further seems to advocate that she is a fool for not realizing her mistake.For all these reasons, option (B) should be the correct answers.

Same because option A is pretty rude

I think option C is correct