CHOOSE THE CORRECT ANTONYM OF THE GIVEN WORD.
Hindrance

The answer of this question is option [C].

the correct answer is c

Due to The suns heat water gets evapourated

READ THE PASSAGE AND ANSWER THE QUESTIONS THAT FOLLOW.
Born on July 19, 1827 in the village of Nagwa, district Ballia, Uttra Pradesh,
Mangal Pandey has been introduced in Indian history as the first freedom fighter and martyr of 1857. He is popularly named 'Shaheed Mangal Pandey' because 'Shaheed' means martyr in Urdu and he was the first Indian sepoy who woke up the Indian masses to fight for the nation.
Mangal Pandey, at the age of 22 joined the British East India Company as a soldier in the 34th Regiment of Bengal Native Infantry. He was a true patriot who sparked the fire of First War of Indian Independence. The British termed it as Sepoy Mutiny or the Revolt of 1857 as it was a mass revolt of Indian soldiers in the British Army.
The main reason of Sepoy Mutiny was the Pattern 1853 Enfield rifled musket. To load a new rifle, the soldiers had to bite the cartridge and open to pour gunpowder into the rifle's muzzle. There was a widespread rumour that these cartridges were greased with lard or tallow. Lard is the pork fat, which the Muslims regarded as unclean and tallow came from cow, which the Hindus regarded as sacred. The British army constituted of 96% Indians and so, both the Hindu and the Muslim soldiers refused to accept these cartridges. Everyone had a firm belief that this was done intentionally and this discontent turned into a major revolt. Mass revolt forced Pandey to attack his British sergeant on the parade ground, besides wounding an adjutant. A native soldier stopped him from killing them. The officer in-charge ordered a Jamadaar of the troop to arrest Pandey, but he refused to do so. Mangal tried to commit suicide to light the flame of nationalism in the hearts of millions of Indians but he failed to do so. He was captured and sentenced to death on April 8, 1857 in Barrackpore. March 29, 1857 is considered to be the day when Mangal Pandey sowed the seed of India's struggle for independence.
What was the main reason behind the outbreak of the Sepoy Mutiny?

A The Enfield Rifle cartridges were greased with lard and tallow.
B To load the rifle, the soldiers had to bite open the cartridge; the Indian soldiers were discontented.
C Religious sentiments of Hindu and Muslim soldiers were going to get hurt.
D All of these

CHOOSE THE CORRECT OPTION TO COMPLETE EACH SENTENCE.
You can exchange the present I gave you ________ you take it back within the next month.

Aas long as
Bso that
Cin as much as
Dmeanwhile

CHOOSE THE CORRECT OPTION TO COMPLETE EACH SENTENCE.
When you _______ your homework we can go out to the park.

I think answer must be answer number B.

Why is option B incorrect ?

I think answer must be option B. 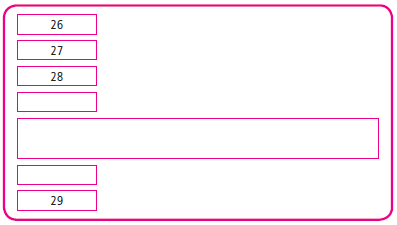