READ THE PASSAGE AND ANSWER THE QUESTIONS THAT FOLLOW.
The first day in the land of apples was a bitter-cold one; for the snow still covered the ground, and the trees were bare. A large bell rang for breakfast, its loud metallic voice crashing through the belfry overhead and into our sensitive ears. The annoying clatter of shoes on bare floors gave us no peace. The constant clash of harsh noises, with an undercurrent of many voices murmuring an unknown tongue, made a bedlam within which I was securely tied. And though my spirit tore itself in struggling for its lost freedom, all was useless.
A paleface woman, with white hair, came up after us. We were placed in a line of girls who were marching into the dining room. These were Indian girls, in stiff shoes and closely clinging dresses. The small girls wore sleeved aprons and shingled hair. As I walked noiselessly in my soft moccasins, I felt like sinking to the floor, for my blanket had been stripped from my shoulders. I looked hard at the Indian girls, who seemed not to care that they were even more immodestly dressed than I, in their tightly fitting clothes. While we marched in, the boys entered at an opposite door. I watched for the three young braves who came in our party, I spied them in the rear ranks, looking as uncomfortable as I felt. A small bell was tapped, and each of the pupils drew a chair from under the table. Supposing this act meant they were to be seated, I pulled out mine and at once slipped into it from one side. But when I turned my head, I saw that I was the only one seated, and all the rest at our table remained standing. Just as I began to rise, looking shyly around to see how chairs were to be used, a second bell was sounded. All were seated at last, and I had to crawl back into my chair again. I heard a man's voice at one end of the hall, and I looked around to see him. But all the others hung their heads over their plates. As I glanced at the long chain of tables, I caught the eyes of a paleface woman upon me. Immediately, I dropped my eyes, wondering why I was so keenly watched by the strange woman. The man ceased his muttering, and then a third bell was tapped. Every one picked up his knife and fork and began eating. I began crying instead, for by this time I was afraid to venture anything more. But this eating by formula was not the hardest trial in that first day. Late in the morning, my friend Judewin gave me a terrible warning. Judewin knew a few words of English; she had overheard the paleface woman talk about cutting our long, heavy hair. Our mothers had taught us that only unskilled warriors who were captured had their hair shingled by the enemy. Among our people, short hair was worn by mourners, and shingled hair by cowards! We discussed our fate for some moments, and when Judewin said, "We have to submit, because they are strong," I rebelled.
"No, I will not submit! I will struggle first!" I answered. I watched my chance, and when no one noticed, I disappeared. I crept up the stairs as quietly as I could in my squeaking shoes, –my moccasins had been exchanged for shoes. Along the hall I passed, without knowing whither I was going. Turning aside to an open door, I found a large room with three white beds in it. The windows were covered with dark green curtains, which made the room very dim. Thankful that no one was there, I directed my steps toward the corner farthest from the door. On my hands and knees I crawled under the bed, and huddled myself in the dark corner.
Judewin said to the narrator that __________.

it is obviously b

Isn't D and A the same technically

the answer is c

the answer is C 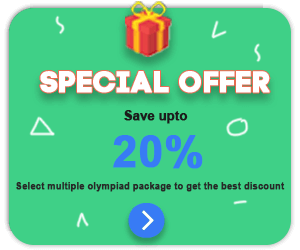